Manikaran is a beautiful and serene area around Manali. It is sacred to both Sikhs and the Hindus. Apart from the Gurudwara Manikaran Sahib, the area also has a natural geyser which is used for cooking. Manikaran, just 3 km from Kasol, is sacred to both Hindus and Sikhs. It is well-known for its Gurudwara, hot springs and Shiva temple.

There is a legend behind the name of this place about Goddess Parvati and her lost earring. In Hindu mythology, once when Lord Shiva and Goddess Parvati were walking through the valley, the Goddess dropped her earring or Mani. The serpent deity, Shesha, seized the jewel and vanished. When he refused to return the ornament, Lord Shiva performed Tandava, the dance of destruction. It led to grave consequences. The earth split and spewed steam and along with it, Parvati’s missing earring.

Sikhs have their own belief around the hot water spring here. The much-revered Gurudwara, Manikaran Sahib, is located in this area. According to the Sikhs, Guru Nanak came to this place in 1574 with his disciple Bhai Mardana. Guru Nanak sent Mardana to collect food for the community kitchen nearby. Mardana managed to get the flour to make rotis, but there was no fire to cook it on.

Guru Nanak then instructed Mardana to lift a stone. As Mardana followed the instructions, the hot spring appeared. Mardana put the rolled rotis in the spring, but they sank. Guru Nanak then asked him to pray to God saying that if his rotis floated up, he would donate one roti in His name. Sure enough, all the rotis started floating up duly baked. It is said that all items given in the name of God, float right up.

To pay homage to Guruji and seek spiritual rejuvenation, this gurudwara is thronged by countless devotees every year. On a visit to this holy site, do not forget to savour the sacred langar and take dips in the pious hot water springs, which are famous for their healing properties.

There are other temples of the Hindu gods Rama, Krishna and Vishnu, in the area too. A school of thought believes that once a Hindu visits Manikaran, his pilgrimage is complete. There is no need to visit Kashi after that. Hidimba Devi Temple: A Temple for the Demon Goddess of Yore

Discover a mythological story from the Mahabharata about the mighty Ghatotkachha and his mother Hidimbi at this temple in Manali. Rohtang Pass, at a high altitude of 13,050 ft, is named after the local word for ‘pile of corpses.’ It offers breathtaking views in summer. Solang Valley is one of the most famous attractions in Manali. It draws in adventure enthusiasts throughout the year. A small village off the Manali-Leh highway, Vashisht is named after the great sage. Visit this place for the Vashisht temple and the natural, hot water springs. Once the power centre of Kullu, Jagatsukh retains its old world charm with some myths and ancient temples of Lord Shiva. Amateur, as well as experienced trekkers are spoilt for choice in the Kullu Manali region. The paths can be extraordinarily beautiful and challenging all at once. Roerich, a Russian painter, fell in love with Naggar and made it his home.

Old Manali: The Land of Manu

Old Manali is said to be the place where Sage Manu stepped out of his boat, after the Great Flood, to re-populate the earth. Exactly like the story of Noah in the Old Testament!

Himachali Dham: Food for the Gods

You never really get the flavour of a place, till you get a taste. In Himachal, it’s a truly delectable one. Discover a Himalayan wonder, the magnificent Morel Mushroom (Gucchi). Sterling curates exquisite dishes with this exotic ingredient, experience it for yourself. Hampta Trek and Picnic: Your balcony to the world. Imagine an afternoon spent lazing around in picture-perfect apple orchards. Sounds like a dream, isn’t it? 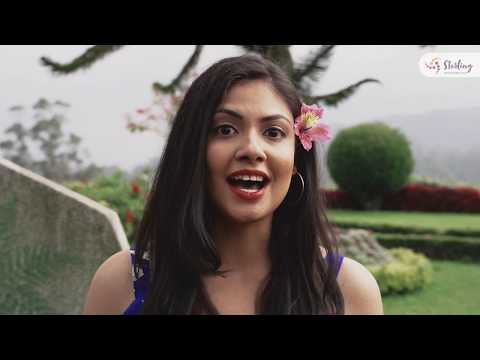